The Brewers Hill project is a multi-stage redevelopment of one of Baltimore’s most significant historic brewery complexes, the former National Brewery, home of National Bohemian and National Premium and the Gunther Brewery home to the Gunther, Schaefer and Hamms Labels. Located on 27 acres in Baltimore’s Canton Neighborhood, it is just minutes from the heart of Baltimore and one block from Baltimore’s active waterfront.

The overall Brewers Hill project totals 1 million square feet of mixed use office, retail and residential space. Each building has its own nuances and offers a host of opportunities and tenant options. Obrecht Commercial Real Estate has transformed the former brewery into a thriving mixed use campus featuring traditional and new-economy Class-A-office space, retail shops, and residential units.

Brewers Hill represents the latest addition to one of Baltimore’s most desirable urban neighborhoods – Canton. Over the past decade, the rebirth of Canton has created a community that is constantly growing and maturing, yet always maintaining the fun and free-spirited personality that accounts for its popularity.

The location of Brewers Hill provides easy access to all that Canton and downtown Baltimore have to offer.

Already one of the most dynamic communities within the City, Brewers Hill offers a unique opportunity to join a one-of-a-kind, mixed-use campus offering the best of all worlds: easy access to Baltimore’s hip, new downtown, combined with the magical allure of Baltimore’s industrial and maritime past.

20 years ago the Brewers Hill Neighborhood was an industrial wasteland – a distant reminder of two of Baltimore’s landmark breweries, the Gunther Brewery and the National Brewery.

Today, Brewers Hill is a revived metropolis with nearly 30 acres of office, residential, and retail space, all only a few blocks away from the marvelous Baltimore waterfront.

Over the past decade, while other Baltimore neighborhoods have faltered under a difficult economic climate, Brewers Hill has thrived. In the last decade, the community has witnessed the development of three luxury apartment complexes, namely The Gunther Apartments, The Domain at Brewers Hill, and The Porter Apartments. Alta Brewers Hill, a project currently in its development phase, will bring 370 more residential units to the neighborhood, and is primed to bolster an already vibrant local community.

Brewers Hill is also home to a number of successful businesses, including Canton Self Storage, Advertising.com (AOL), and Cigna HealthSpring. The new Brewers Hill Hub is Baltimore’s most modern and comprehensive shared office space and is the preferred workplace of several large brands and smaller teams.

As for its local amenities, Brewers Hill is second to none. Brewers Hill accommodates a number of popular eateries, including Pasta Mista, Panera Bread, and Five Guys. For a more fine dining experience, Gunther & Co has firmly established itself as one of Baltimore’s best restaurants. Just one block away from Brewers Hill, across Boston street, lie many more places to shop and eat, including but not limited to Target, DSW, Nordstrom Rack, Chick Fil a and Mission BBQ.

Whether you are looking for a place to live, bring your business to, or simply spend a casual night out, Brewers Hill is the place to be. Join us and become part of Baltimore’s fastest growing and most fun community! 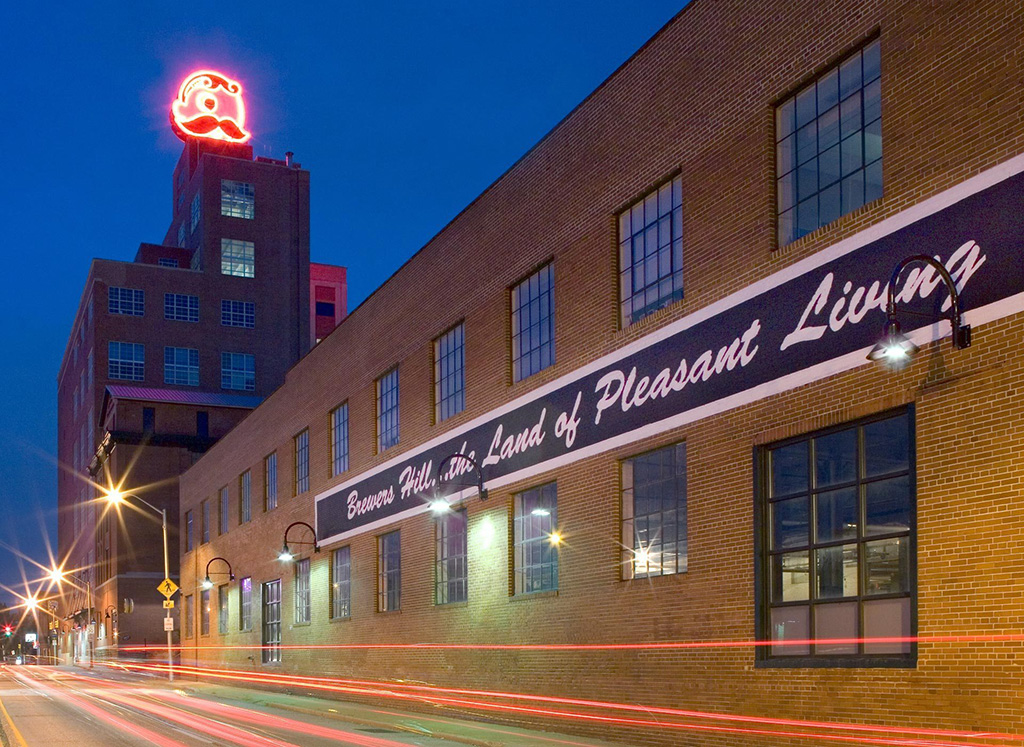 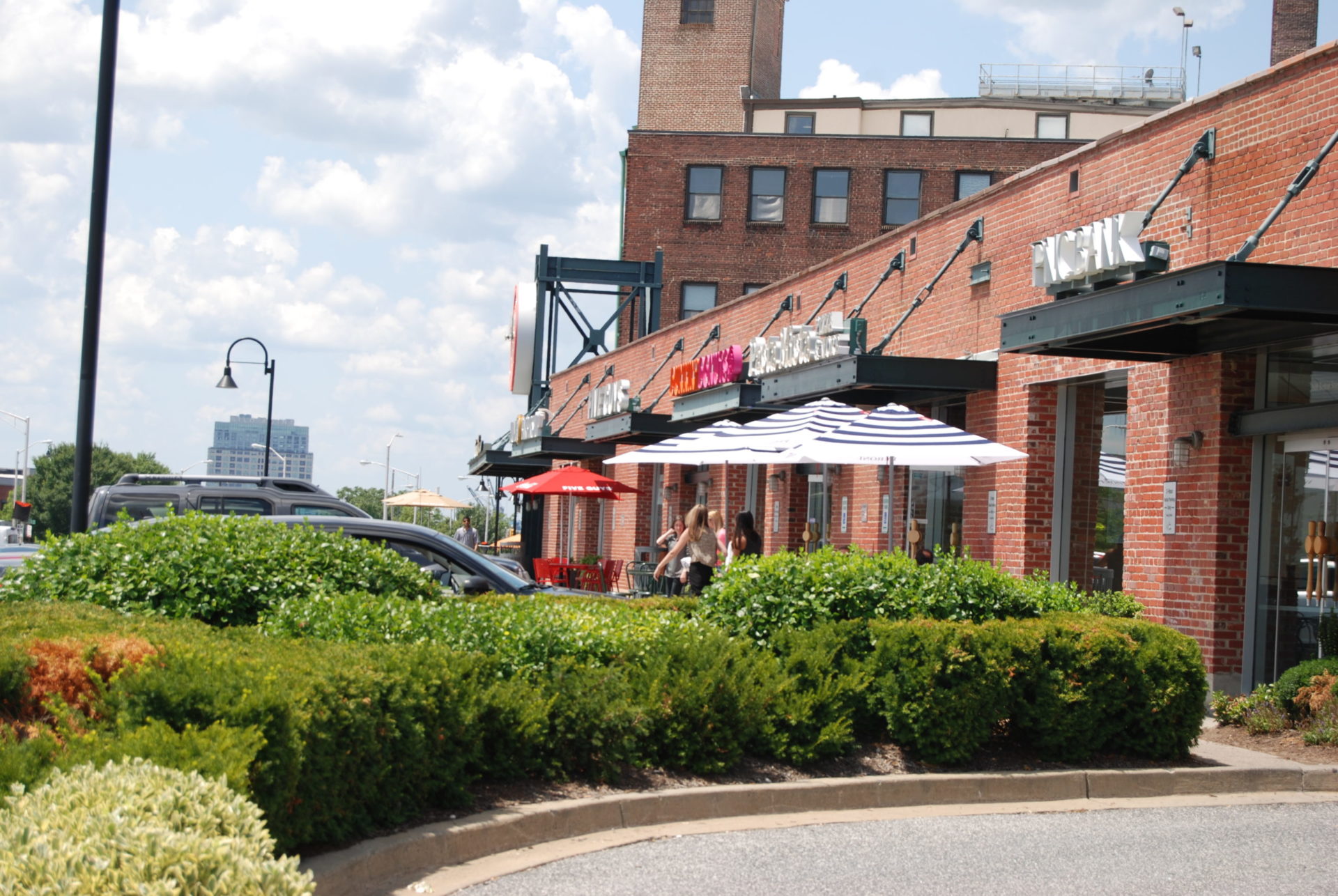 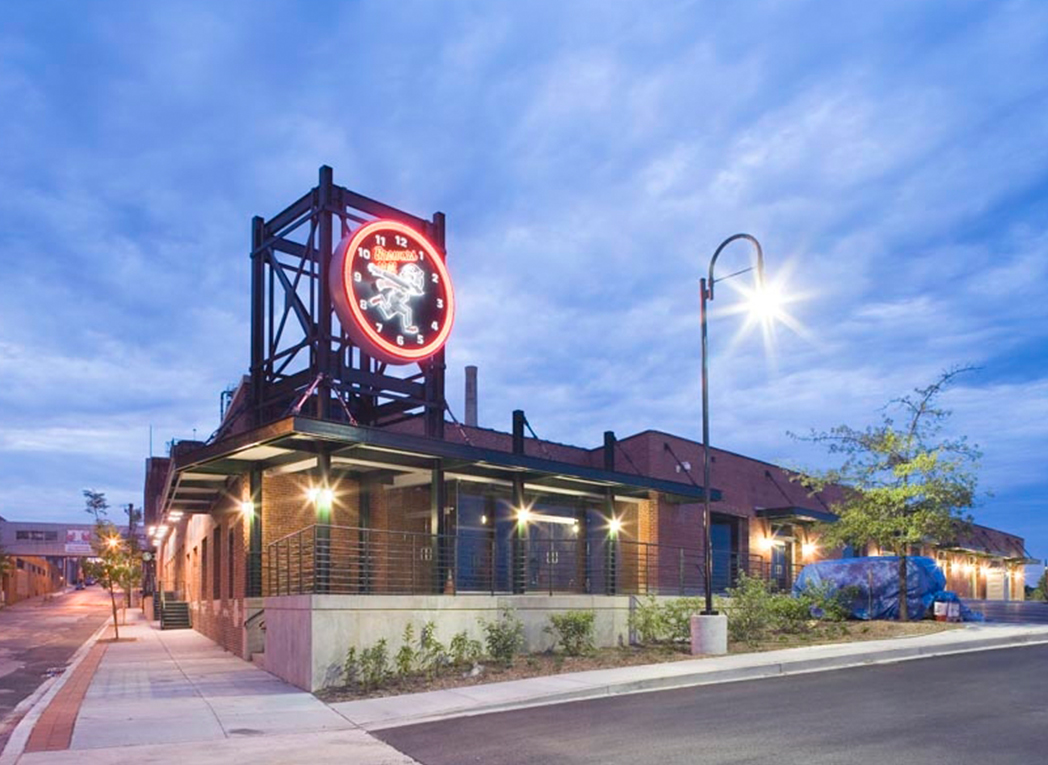 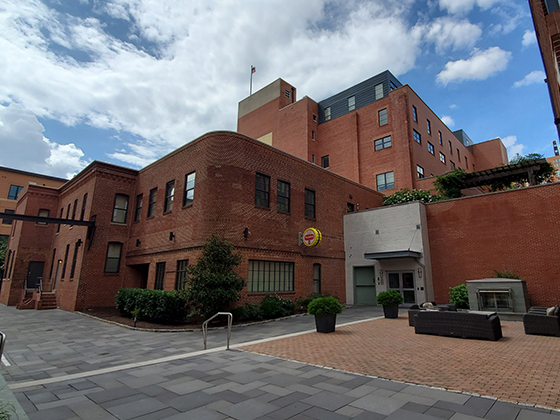 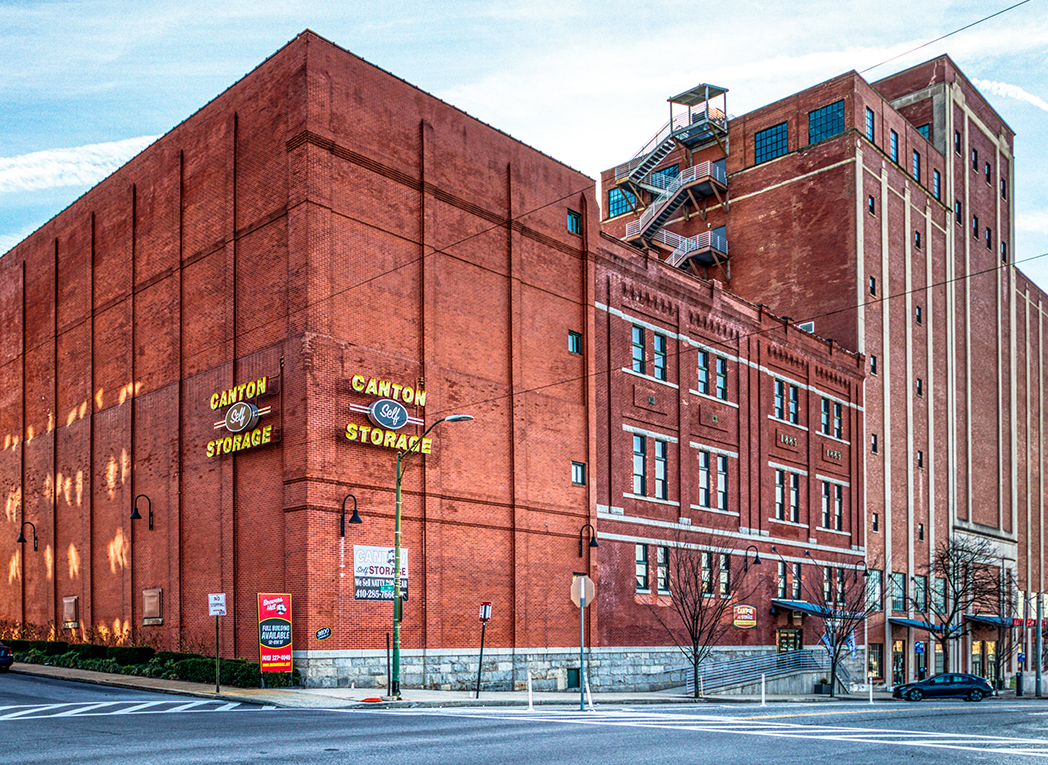 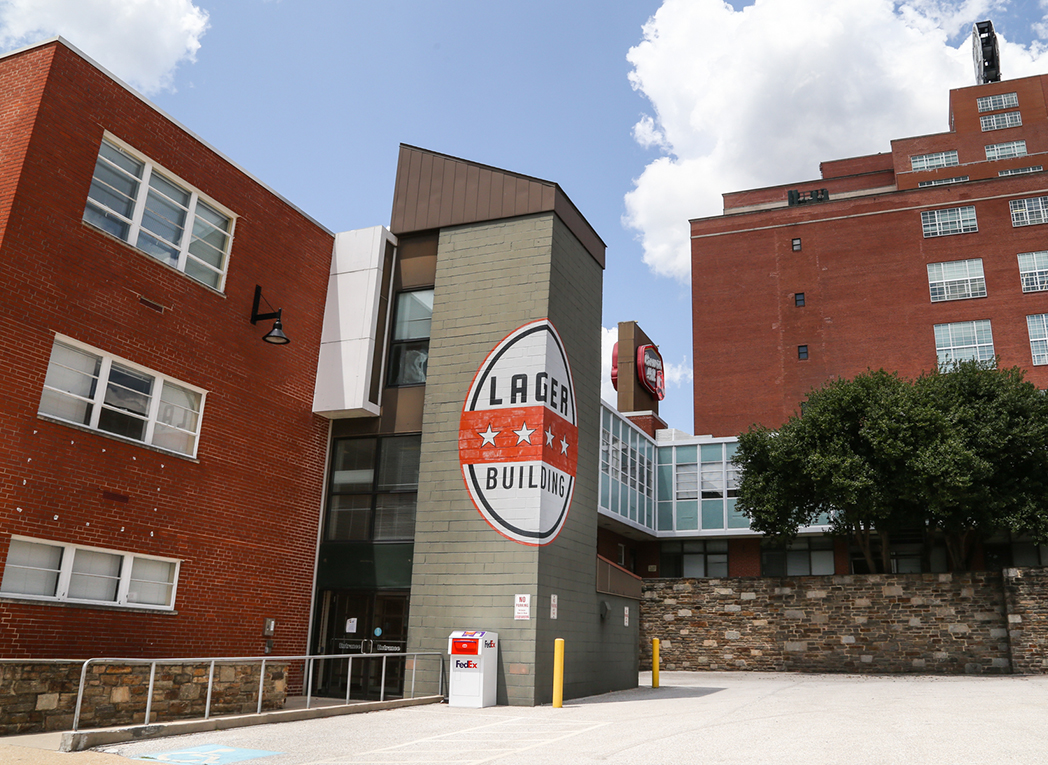 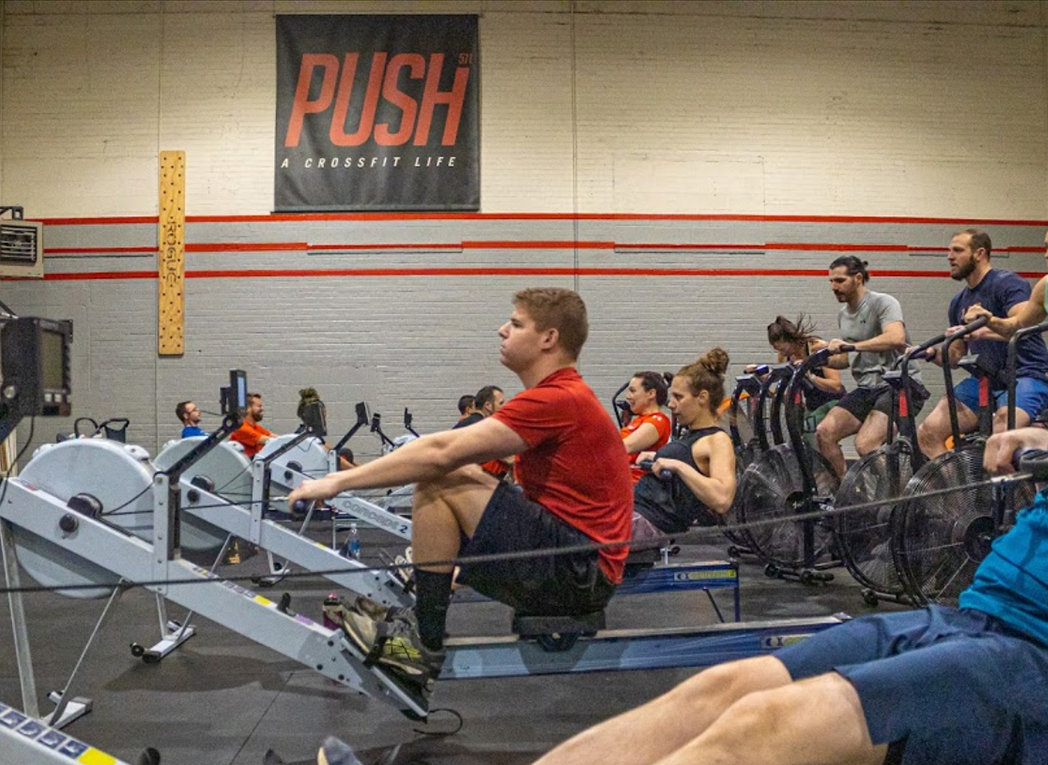 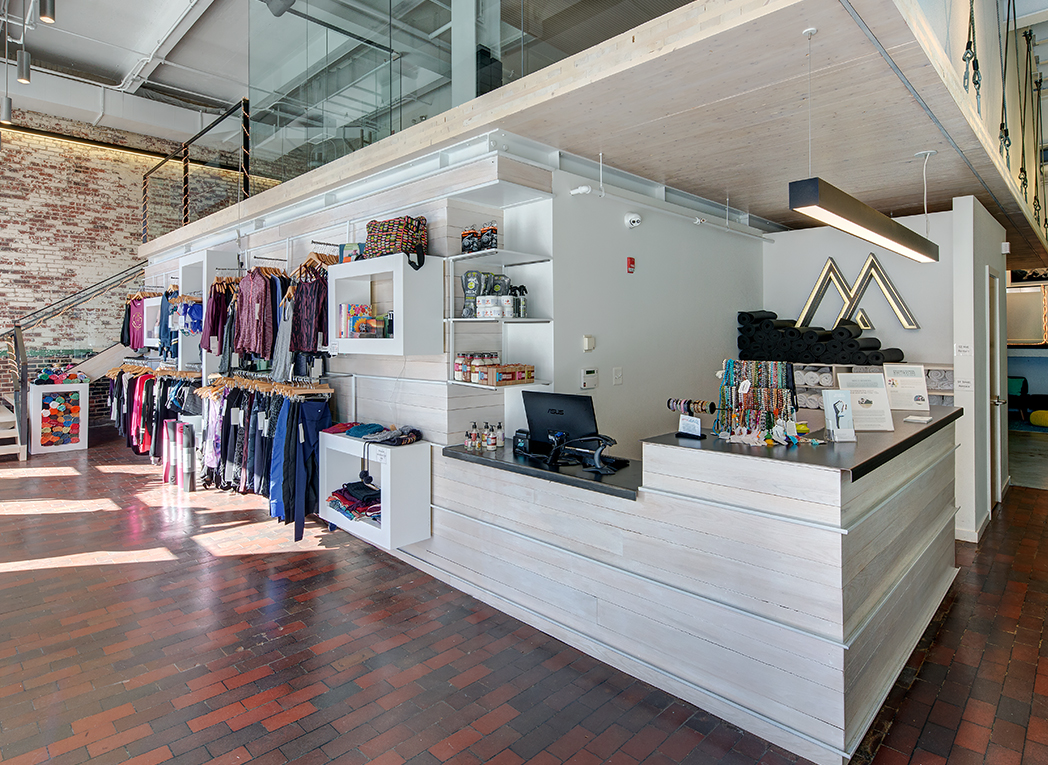 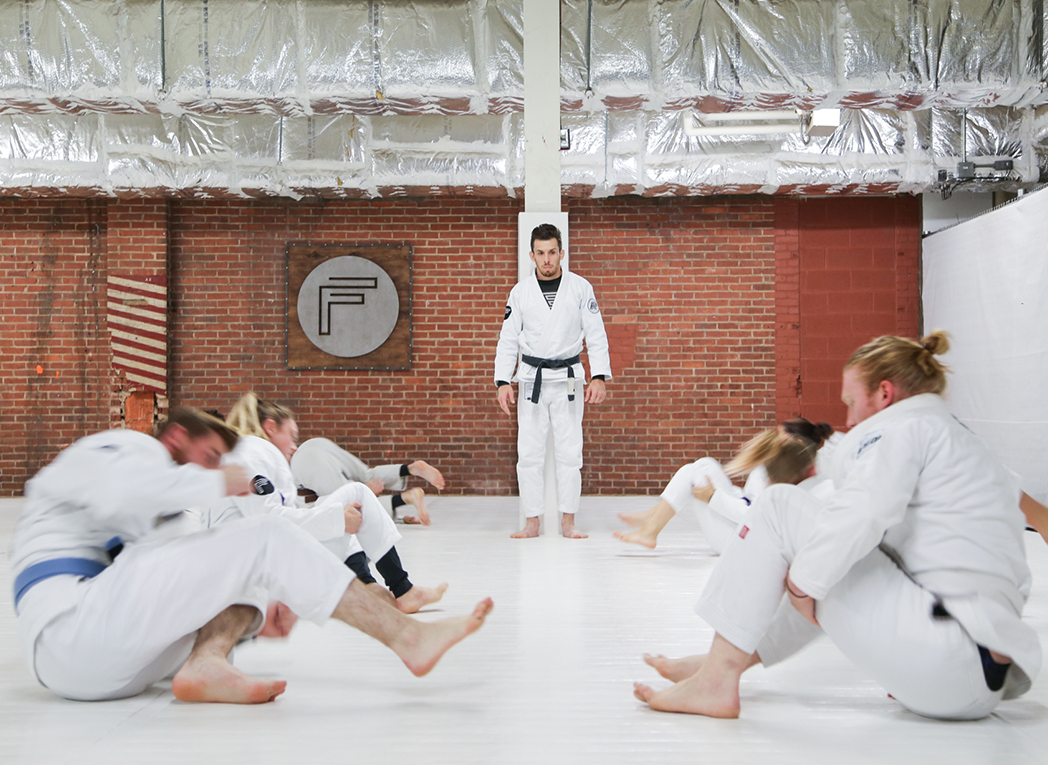 One of many local breweries before Prohibition, the National Brewing Company grew to dominate Baltimore’s brewing industry after the end of World War II with its best-selling “National Bohemian” brand. It was during the period after World War II that the National Brewing Company, its advertising, and its products became part of Baltimore’s folk culture. During the 1940s the brewing company added a first to their corporation, the introduction of the nation’s first six-pack. This lightweight, portable, six-pack changed retail distribution patterns and facilitated home consumption. Also contributing to its regional success was the famed one-eyed mascot, “Mr. Boh” who first appeared on bottle labels in the 1930s. Although National remained the largest brewery in Baltimore, its capacity was less than a quarter of that of the large Midwestern breweries. Due to this, National had to succumb to larger competitors and closed its doors in 1978. 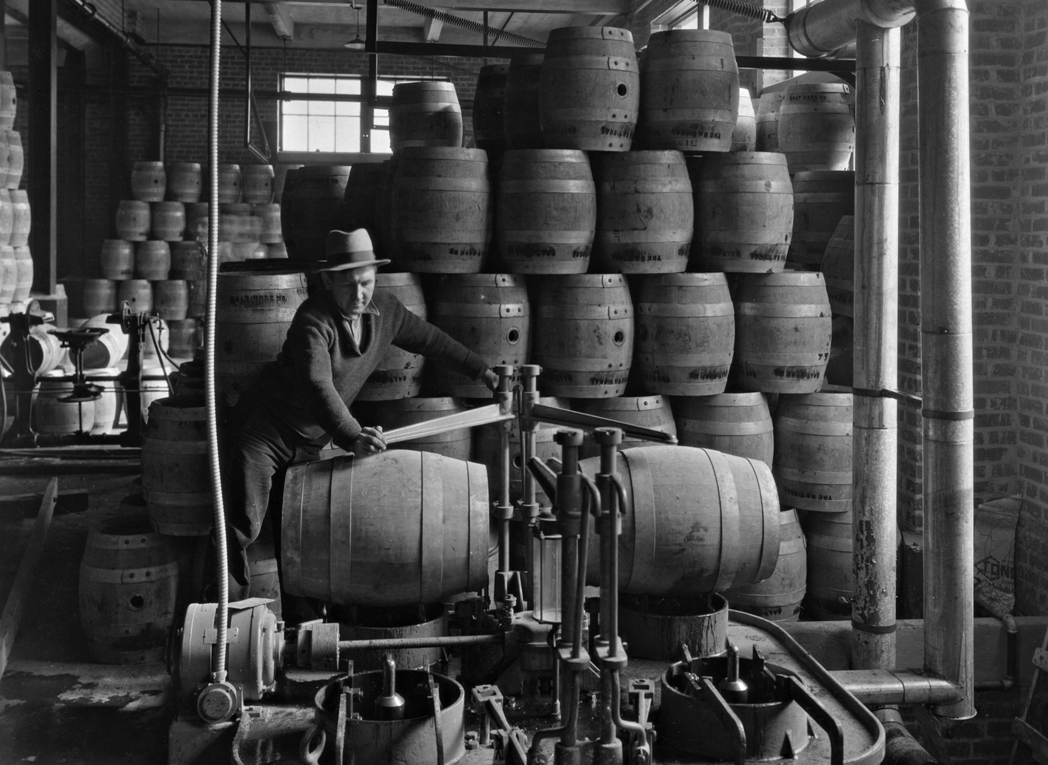 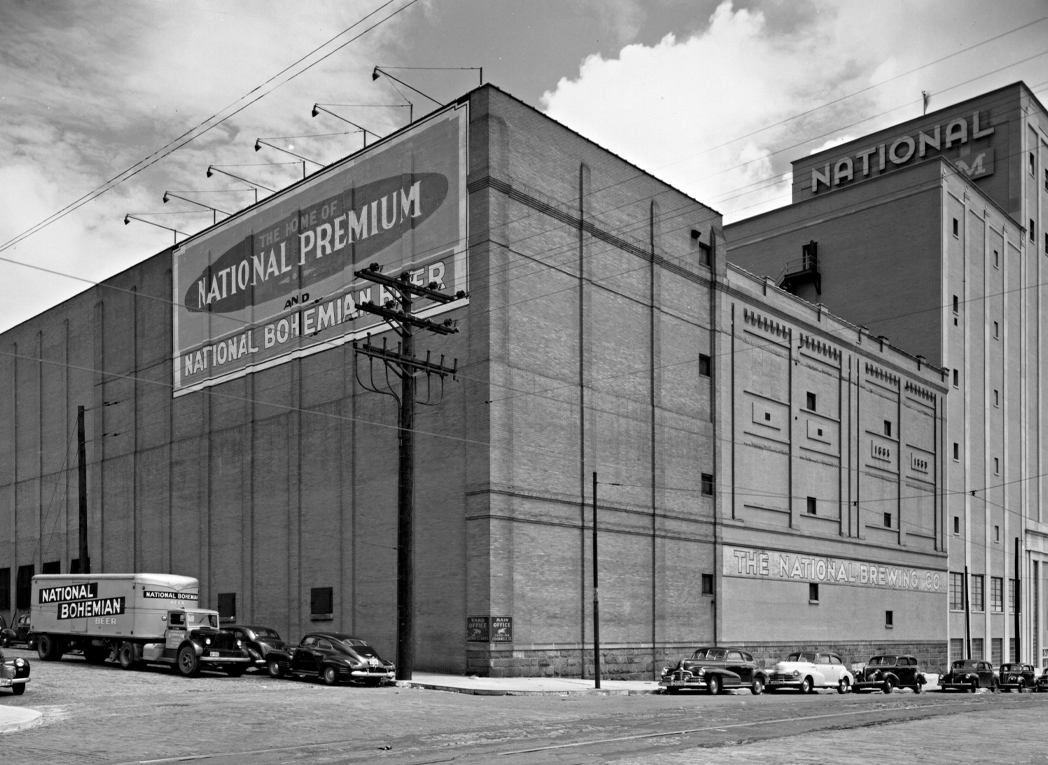 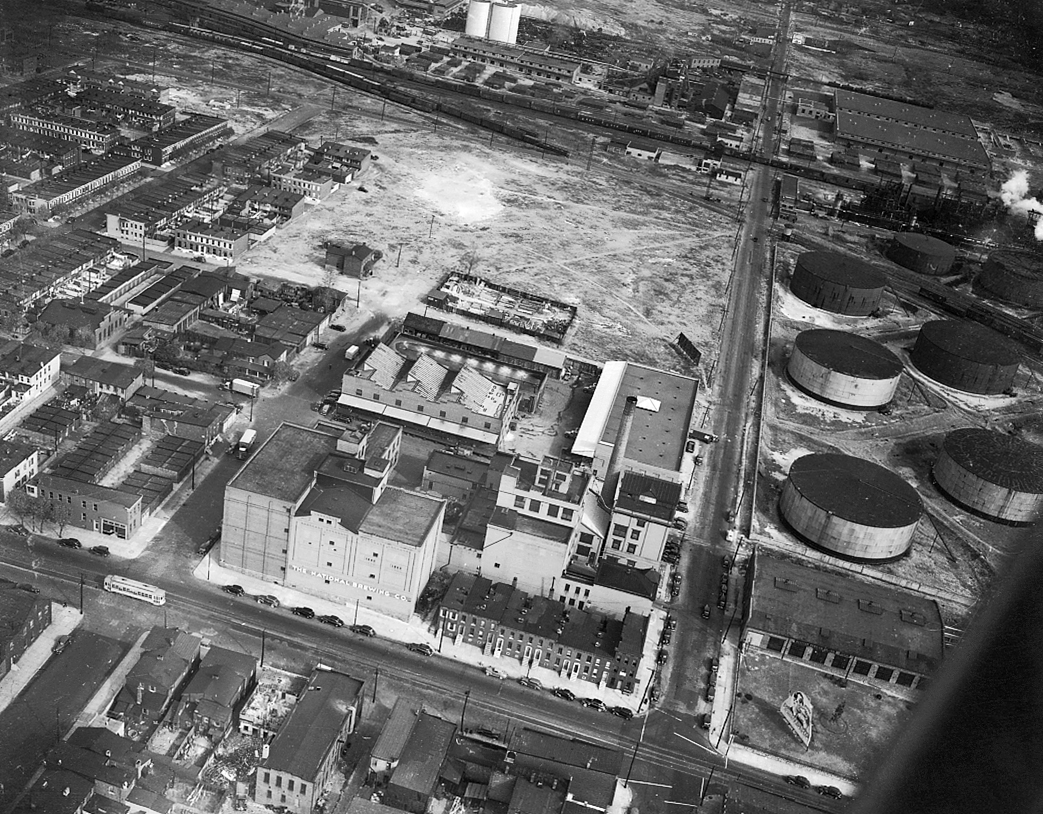 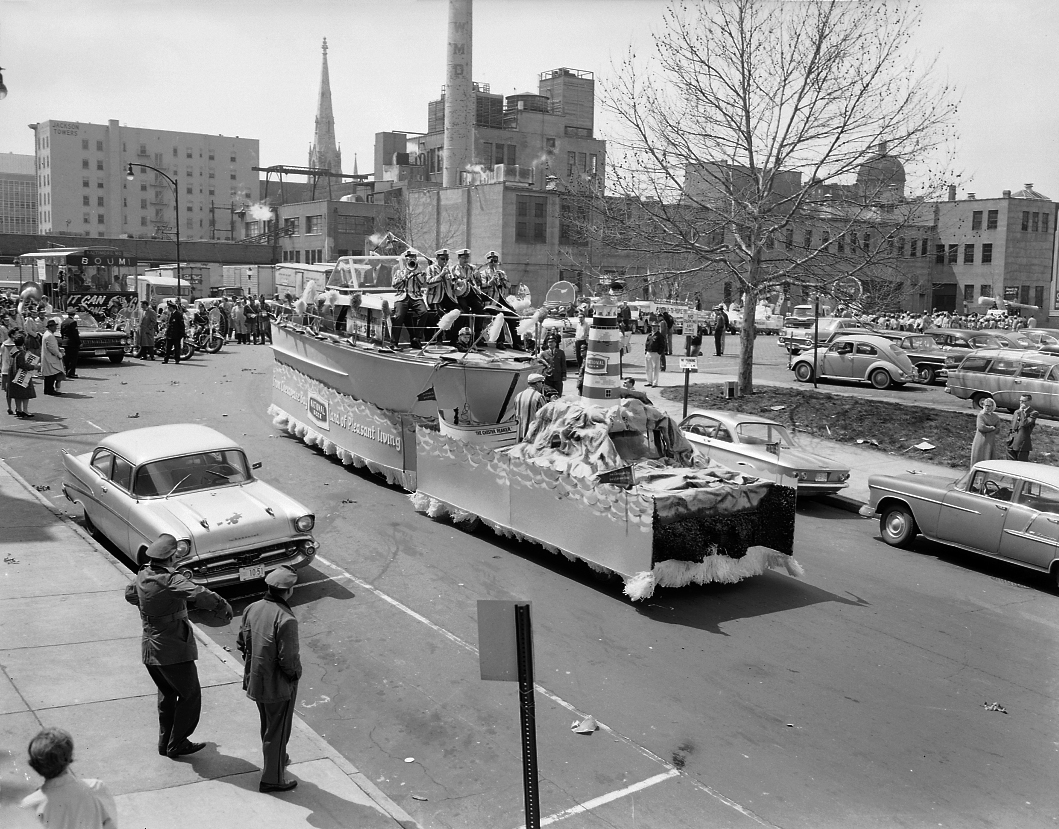 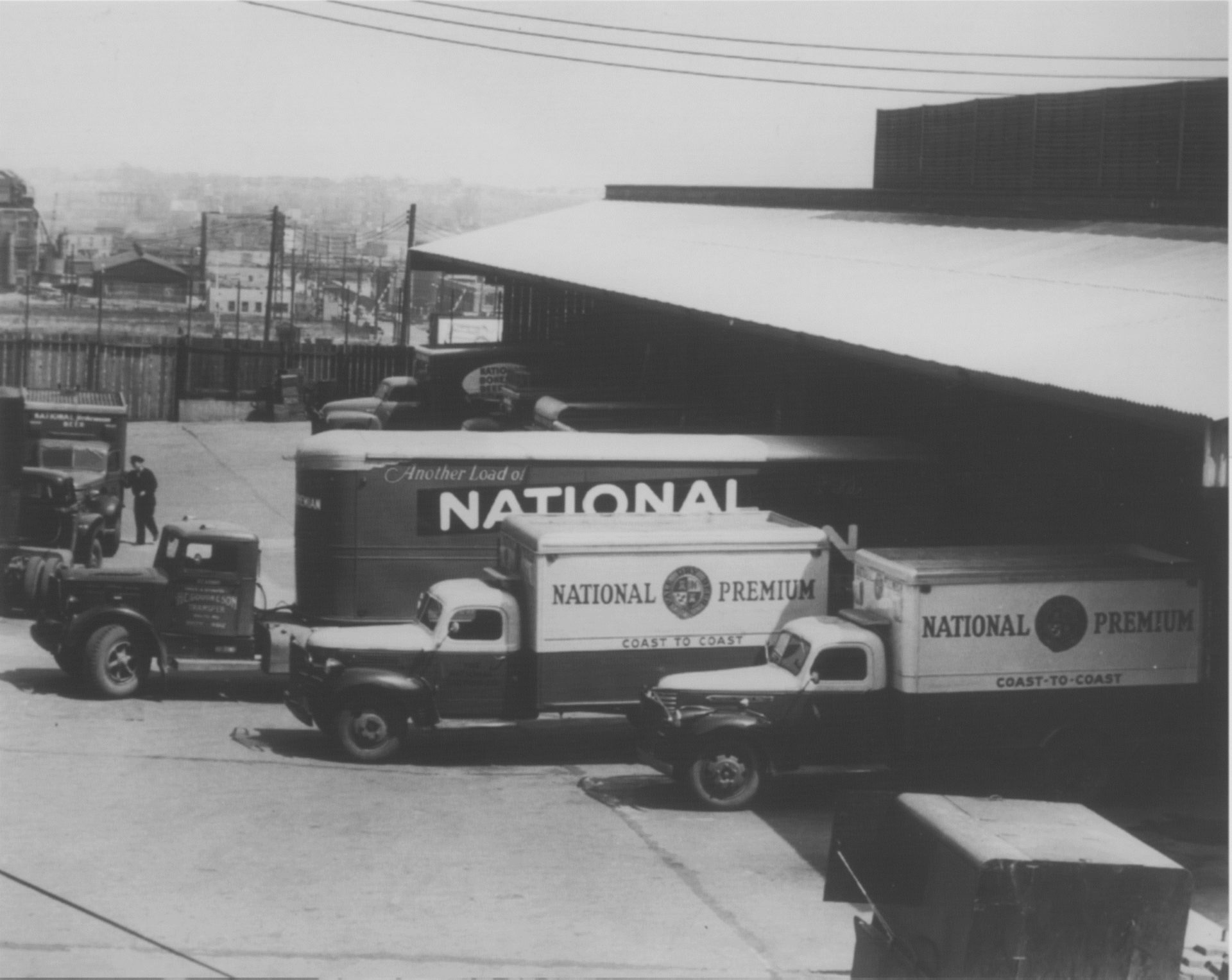 Dating back to the late 19th century, the Gunther and Natty Boh breweries represent the long evolution of a once burgeoning industry that was closely linked with Baltimore’s dominant German population. Gunther Brewery George Gunther, Sr. began his brewing career in Baltimore with the Gehl Brewery and took it over in 1880. After a fire in the brewery, Gunther built a new brick brewery in 1887 and continued the firm until 1899 when he sold his operation to the Maryland Brewing Company, the brewing trust.

Because he agreed not to brew under his name, Gunther’s reentry into the industry with a new brewery required him to use his son’s name when he established a new firm. The George Gunther, Jr. Brewing Company was erected in 1900. Predicting the end of legal alcohol, the company formed the George Gunther, Jr. Manufacturing Co. in 1919 to produce near beer. Upon the end of Prohibition, Gunther got back to brewing and proceeded to expand his operation all along O’Donnell and Conkling Streets. Gunther Brewing Company, while outwardly successful, became one of the breweries to be swallowed up by a larger firm, Hamm’s Brewing Company, in 1960. Consolidation continued as F.& M. Schaefer Brewing Company bought Hamm’s in 1963. Schaefer preserved both Hamm’s and Gunther’s main brands until the brewery was closed in 1978.

Obrecht Commercial Real Estate, Inc. is a full-service development firm specializing in the redevelopment of older industrial and commercial properties. The Baltimore-based and family-operated company acts as developer and property manager for its own properties as well as for other owners. For more information on the company contact: 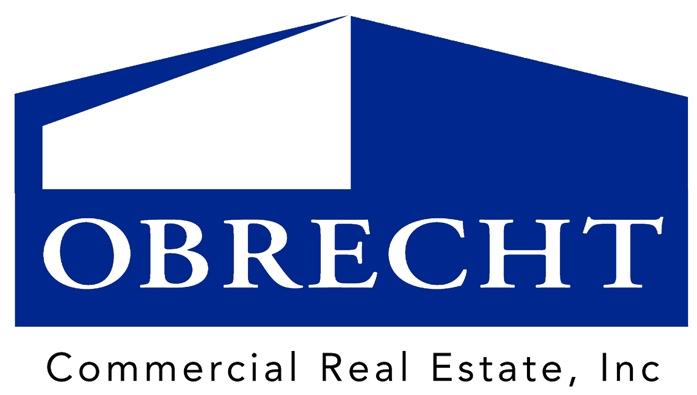 Got too much stuff?

Canton Self Storage offers a variety of affordable storage solutions located in the heart of Brewers Hill.

We are easy to find.

Email Us
Call Us